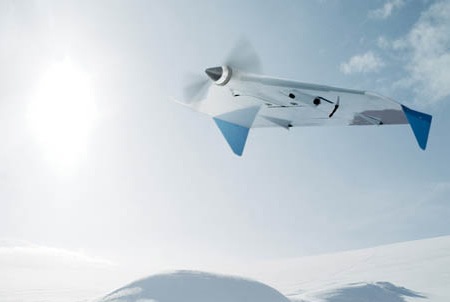 Another day, another startup competition. Today, it is Startup Sauna Warmup in Saint Petersburg, Russia. This month a team of Finns sponsored by Aalto University are grilling Russian entrepreneurs and their business models throughout the country. Startups from Moscow, Kazan, Yekaterinburg and my native Novosibirsk are to be examined shortly.

One of the founders of Startup Sauna, the Finnish incubator that works with Nordic and Russian startups, is Ville Simola, a recent business graduate of Aalto University. A catalyst of the startup revolution in Finland, he has co-founded Aalto Ventures Garage, a co-working space for Baltic and Nordic entrepreneurs in Espoo, Finland, and later Startup Sauna, a seed accelerator for most promising teams in the Baltic Rim. “Startup Sauna helps the best teams with seed money, advice and a mentorship program,” says Simola.

The Startup Sauna hosts the winners of the series of startup competitions called Startup Sauna Warmups, which take place across Baltic and Nordic regions as well as Russia. Here is a list of their companies from the CIS region (or what I call Eastern Europe):

Campalyst is a Latvian social media startup that helps analyze if a brand’s presence on Facebook helps sell its products. Sunyride is a carpooling service for people with shared interests, with one of its offices in Latvia. MightyFingers, also from Latvia, is developing an environment for multiplayer games built on HTML5.

Once the Russians come in, things get serious. Stereonic is not a typical startup; the company is developing a breakthrough technology for optical microscopy suited for live cell imaging with tens times enhanced resolution. Try to find a mentor for that!

It gets better: Double Defense, a company from Saint Petersburg, invented a sticker that can prove if your package has been tampered with or dropped during shipment. Forget social mobile games; this stuff can make millions, if shipment insurance puts its stamp of approval on the product.

At the current event in Saint Petersburg, which took place today at Ingria Business Incubator, most of the entrepreneurs were under 30. The participating companies, according to Simola, have presented ideas mainly in the area of mobile applications and gaming, as well as Web 2.0 technologies primarily focusing on the large local market.

However, the winner of this year’s competition at Saint Petersburg is rather exotic and far from the Internet.

Are these a new generation of Russian spies? The remote operator uses GPS to control these devices to monitor buildings and their safety. For example, by deploying infrared cameras the company can monitor oil and gas pipelines, perimeter security and critical sites (Russian Transneft alone has over 46 000 kilometers of oil pipelines - try to keep this asset safe!)

Sure, the business is capital-intensive, but it is still a high-tech startup. Let’s play some serious games here, people. The name as well, RosTechnoExport, sounds like a solid old school Soviet spy cover-up operation. I hope that when the Finns will have convinced these guys to go global, the Russians will not make a mistake by “accidentally” landing these UAVs into GCHQ under an innocent premise of watching for fires. Unless of course, those UAV can switch to stealth mode.

Jokes aside, well done Startup Sauna Warmup, I look forward to the next update from Moscow.

Natasha Starkell
Twitter LinkedIn Facebook  Google+ Natasha Starkell is the founder and CEO of GoalEurope, advisory firm focusing on technology investment and software development in Russia and Eastern Europe. Prior to starting GoalEurope she has worked in the field of finance, mergers and acquisitions, corporate strategy and offshore outsourcing at Unisys Corporation in Switzerland and United Kingdom. She has an MBA degree from London Business School. She speaks Russian, English and German. She lives in Northern Germany.