We provide both enterprises and SMEs with a reliable access to outsourcing and innovation in Central and Eastern Europe and Russia.

Our core business is advising on outsourcing software development to CEE and Russia. Founded in 2003, we have facilitated outsourcing deals worth dozens of million dollars. Some of our clients where since acquired by multinationals such as IBM and PerkinElmer. We also support investors and technology firms in the region and provide news and analysis of the trends in outsourcing and innovation industries in Russia and CEE. 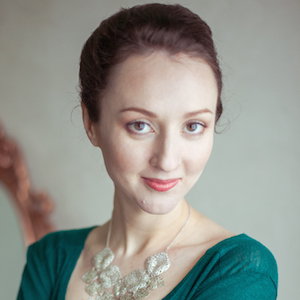 Vita writes about startups from Central and Eastern Europe and advises SMEs on outsourcing partnerships with suppliers in CEE and Russia. By covering Eastern European startups, Vita is aiming to show that the CEE region is an unbeatable destination for sourcing talent and innovation.

Prior to joining GoalEurope, Vita held a number of marketing and PR roles within the IT outsourcing industry. Before that, Vita had studied at Bard College (USA) and had worked in South Korea at SK Securities and at the European Union Chamber of Commerce. She graduated with honors in International Economics from Belarus State Economic University. Vita speaks fluent Russian, English and French and basic Spanish.

Connect on LinkedIn, Twitter or throw an email at vita at goaleurope dot com. Natasha Jaeger (Starkell) had worked in the IT industry, at Unisys Corporation, for seven years since 1997, in the area of corporate strategy and M&A, finance and outsourcing. In 2003 she obtained her executive MBA at London Business School.

Natasha has been an outsourcing advisor since 2003, and founded GoalEurope to promote the knowledge about innovation in Eastern Europe and Russia.

In 2014 she joined the R&D group at Samsung Electronics and is scouting for innovative technologies in Europe, and remains on the advisory board of GoalEurope.

She speaks Russian, English and German.