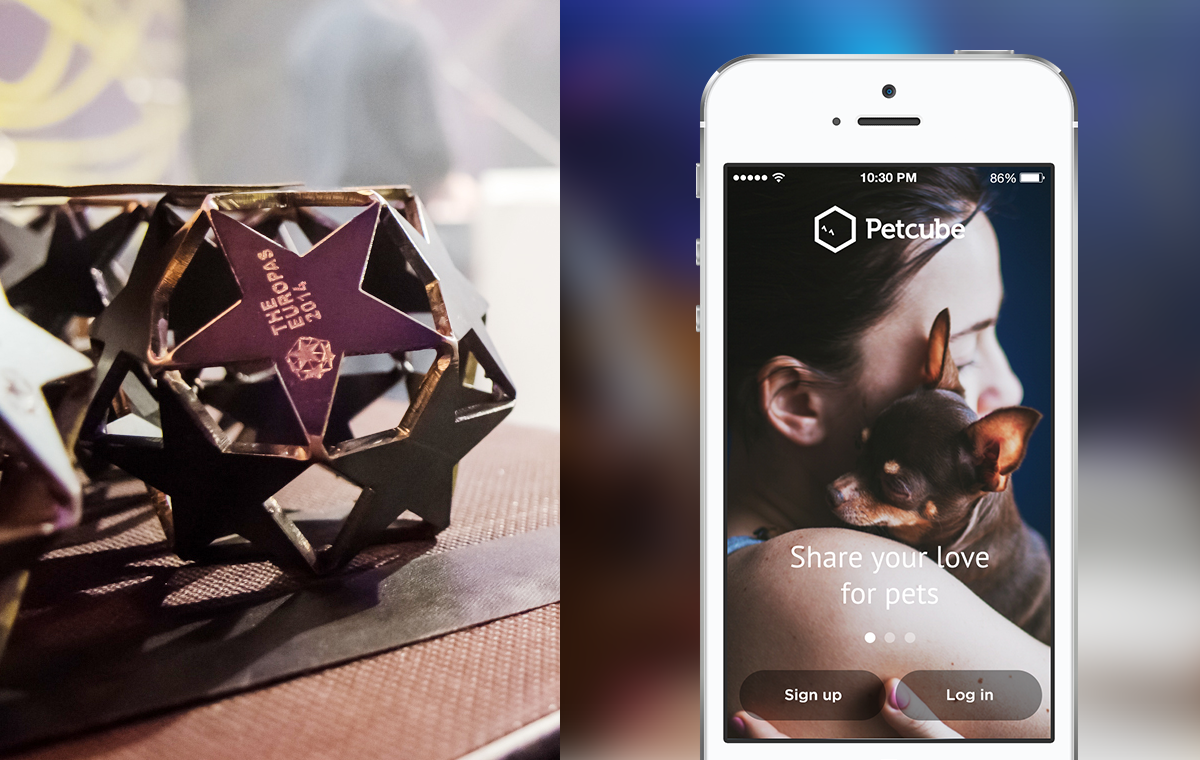 After a long break I have attended a tech conference, or un-conference as Mike Butcher called the Europas Awards, which took place in London this week.

Here are a few interesting moments relevant for the CEE region.

Ukrainian PetCube won the award in the Hardware category. PetCube, for those who have not yet heard of this startup, allows pet owners play with their pets remotely. The cube has a laser beam that can be steered via a mobile app – the pets chase the laser beam and the owners can see the action and talk to them.

The mobile app has a community feature to allow pet owners connect with others and share their pets’ photos and videos.

Peter Arvai, Péter Halácsy and Ádám Somlai-Fischer from Prezi took the prize for the category “Best Startup Founder or Co-founders” although this category was really hard to judge.

I have briefly caught up with Peter during the event. An interesting fact he shared (on the record) is that despite raising $14 million from Accel and Sunstone, the company did not spend any of this money as it has been consistently profitable.

Finally, Pavel Durov appeared to collect the award for the Fastest Rising Startup Of The Year category with its messaging app Telegram that boasts 35 million users it acquired in less than a year. Telegram claims to be strict on privacy and message encryption (optional secret chat) and offers a desktop client, so switching from mobile to desktop is rather easy and can be convenient at times.

On the last note, one of the exhibitors I met is Polish startup Kinetise. Kinetise is an app builder. What makes Kinetise different from other app builders is the ability to create native apps simultaneously on all platforms including iOS, Android, Windows, Blackberry and then publish them in the respective app stores. The pricing model is one-off charge of $1,000 to publish.

The general sense of the Europas to be, well, truly European. The founders from most of the European countries were present and the Europa Awards certainly lives up to its name. Towards the end of the show Conchita Wurst appeared to delight the attendees with topical ‘Rise like a Phoenix’ song.