Eastern European BPO Industry Is Growing Despite Competition from India 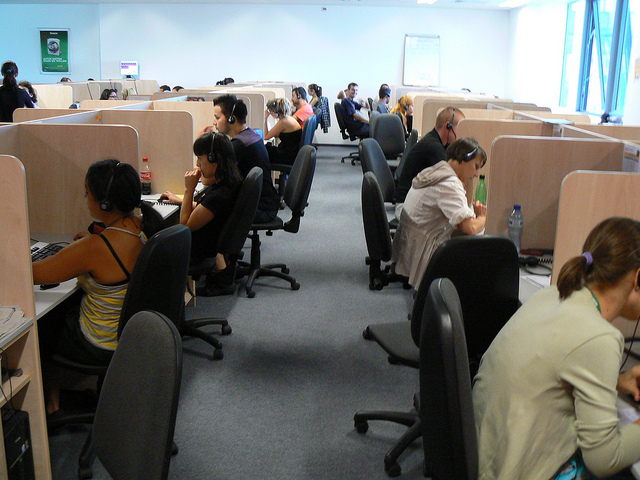 Just take a look at Accenture, one of the leading BPO providers in Eastern Europe. According to an interview Nicholas Butt, the director of Accenture’s BPO centre in Romania, gave to ZF, it would have 400 employees by 2011, offering services such as finance and accounting services, human resources, logistics, supply and insurance for multinational clients. This figure must be compared to 21,000 employees in the Philippines and over 70,000 in India.

It is certainly hard to compete with lower cost locations. For example, a data processing clerk in India earns 1,500 to 2,000 Euros per year, while in Romania the annual gross salary for such a position would be around 6,400 Euros. Still, the price is competitive compared to what a similar job would be paid in England (19,000 Euros). This is perhaps why, according to Liliya Dimitrova, Sales Director at the Bulgarian outsourcer Sofica, the back office services are provided primarily to companies based mainly in Bulgaria and nearby countries. “At the same time, the European market is strategic for us”, she adds.

So what does or will attract companies to the region? “Eastern Europe must find a market niche where it can compete not only on price but also on quality and skills”, says Natasha Starkell, director of GoalEurope, the outsourcing advisory firm in Eastern Europe. “English is a second language to all Eastern European nationals but so is German, Spanish and Italian. So providing multilingual support services is clearly a niche where India does not have an advantage or a strong incentive to compete”. As if to confirm this point, EBRD announced last week that it has invested 3 million Euros in a Bulgarian BPO company named Call Point JSC which offers its services in 16 European languages.

UCMS Group, BPO company specialising in outsourcing Payroll, HR Administration and Accounting has direct operations in Hungary, Russia, Ukraine, Romania and Poland and its 350 employees provide services to 600 legal entities. “Our services require an in-depth knowledge of local legislations and local languages, hence we do not see much competition from BPO providers from India”, says Balazs Nagy, the business development manager of HeziHold, now UCMS Group Hungary. “I think that highly educated people, flexibility, regional presence and proximity to customers make the BPO industry strong in Eastern and Central Europe”.

Standardising processes is another way to offer quality in the outsourcing services industry. This is why representatives from Sofica are participating in the development of a new international standard: ISO: Guide to Outsourcing. Just as CMM certification helped put more quality-focused Indian companies on the radar screen in the late 90s and and the new millennium, adherence to the new ISO standard might become another competitive advantage for the Eastern European BPO industry.

The potential for Eastern Europe to become a leading location for advanced BPO services exists. Looking at their pool of educated resources, Eastern Europe stands out. 17.2 million people were in tertiary education across the region including Russia, compared to 13.6 million in India. And recent investment by EBRD demonstrates that investors expect the industry to grow further.