Mobile Game Developer or Outsourcer: What is the Best Bet? 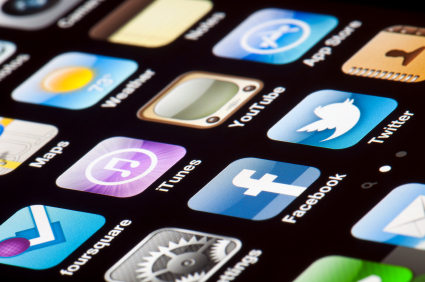 Who hasn‚Äôt heard of “Cut The Rope” or hasn‚Äôt been cheered by “Your Nobel Prize is waiting”? The mobile game, developed by the Russian company Zeptolab, is played by adults and children alike. It has become wildly popular and a great Russian success story, inspiring others to get into the game development business.

In 2007, Roman Martynuk and his three co-founders were official Apple products dealers. Even back then, they already saw the market opportunities that the iPhone offered. A year later they had enough belief in their creative talents to establish Appmania, a mobile game development studio which now employs 15 people.

“We started with simple applications and then moved on to more complex projects. Now we create cross-platform games”, says Martynuk. The company‚Äôs first application interpreted dreams and can still be found in the App Store. The concept behind Appmania‚Äôs popular game “The Demolition Master”, which has been downloaded over 600,000 times from the App Store, requires the player to correctly apply dynamite to demolish a building.

Appmania is in the business of designing and promoting its own games. Yet a stable outsourcing cash flow is attractive enough for the company to dedicate half of its resources to the development of mobile applications for clients. “Next year will determine whether we will concentrate one hundred percent on game development but, at the moment, we are maintaining two business lines”, says Martynuk.

The dilemma of whether to remain in a low risk, low margin outsourcing business or to choose a high risk, high profit product business is one that is well known to many outsourcing companies. According to GoalEurope research, over 130 software development companies in the Ukraine alone provide mobile application development services, many showcasing their own applications. The majority, however, has taken a cautious approach, leaving the business of conceptualizing and promoting the games to their clients.

“The demand for Android and iPhone skills has been created, but there are not enough specialists. It takes a Java developer one year to become acquainted with the Android platform, a similar amount of time is required to train an iPhone developer knowledgeable in any object-oriented language,” says Nikolay Kurayev, the CEO of Science Soft, which employs 60 mobile application developers in Minsk, Belarus. “While our universities teach .NET, C++ and Java to a certain extent and with a certain quality, there are no iPhone/Android courses at all. So the only way we can train these specialists is by offering them in-house training programs,” he adds.

So, would it not be more lucrative for the companies which have the talent to focus on the mobile application market itself, which, according to Gartner, is expected to reach the $15 billion mark in 2011? Not necessarily. While Eastern European specialists have mastered the technical side of the application development, the business side of bringing in revenue from game publishing is still open to many questions.

Mobera, the mobile development conference, is taking place in Brno, the Czech Republic, on the 6th of September 2011, to address the business issues in the mobile applications industry. “We want to create the largest event of its kind in Central and Eastern Europe. Our aim is to discuss business development for mobile applications,” says Tomas Staudek, the organizing chair. The conference will feature key speakers, such as Brian Fling, the founder and creative director of the pinch/zoom mobile design agency, which boasts clients such as the BBC and the New York Times; Dave Johnson, CTO of Netobi, the developer of PhoneGap, an open source development tool for building fast, easy, cross-platform mobile applications, and many others.

According to Martynuk, the business success of creating a mobile app is all about user experience: “Sooner or later, a good game will sell, even without a publisher. Better sooner than later, of course. But, if you have a bad game, even having a publisher will not help,” he says. A large marketing budget helps a good application increase its sales faster. Having published its applications directly in the App Store, Appmania also works with game publishers. The new edition of “The Demolition Master”, in 3D, is being released today.

Investor Day CEE will take place on October the 25th and 26th 2011 in Kyiv, Ukraine

Twitter LinkedIn Facebook¬Ý Google+ Natasha Starkell is the founder and CEO of GoalEurope, advisory firm focusing on technology investment and software development in Russia and Eastern Europe. Prior to starting GoalEurope she has worked in the field of finance, mergers and acquisitions, corporate strategy and offshore outsourcing at Unisys Corporation in Switzerland and United Kingdom. She has an MBA degree from London Business School. She speaks Russian, English and German. She lives in Northern Germany.