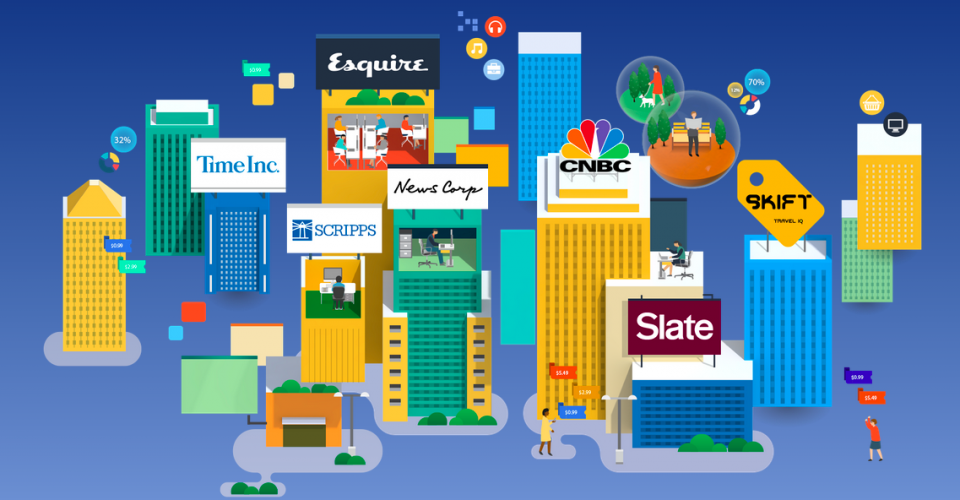 The paywall industry providing tools for paid access to digital content was born some 5 years ago, and already it’s undergoing a big consolidation wave.

In September 2014 Slovak-based Piano Media acquired Press+ and became the largest paywall tech company in the world. Today Piano Media and its former competitor Tinypass announced they merged into Piano, a SaaS business platform for digital media. The newly formed company will be headed by Tinypass CEO Trevor Kaufman while Kelly Leach, former CEO of Piano Media, will be an advisor. Financial terms of the deal are not disclosed. Paywalls enable news and media publishers to monetize their content.

Using big data, Piano’s VX software enables publishers to analyze their customers and their preferences, to segment them and to choose most fitting content personalization and monetization approach: whether the users pay for subscription, downloads or with sharing their personal data or viewing ads.

Among the clients of the merged company are big brands such as News Corp., Esquire, Slate, CNBC, Time Inc. And more than 1,200 other content providers are subscribed to Piano SaaS solution to build a paywall.

As Piano commented to GoalEuope, “Our plans for expansion include Central and South America pretty rapidly as the market there is starting to understand the value of paid content, plus we are in talks with publishers in India, China, and elsewhere in Asia. The best part about our software now is we can work with just about anyone who wants paid content so people who run individual blogs to huge multinational broadcast and magazine corporations. We have different products and different license models that make sure each provider gets the perfect product for his needs.”

Headquartered in New York City, Piano.io operates a European office in Slovakia and a development unit in Russia.