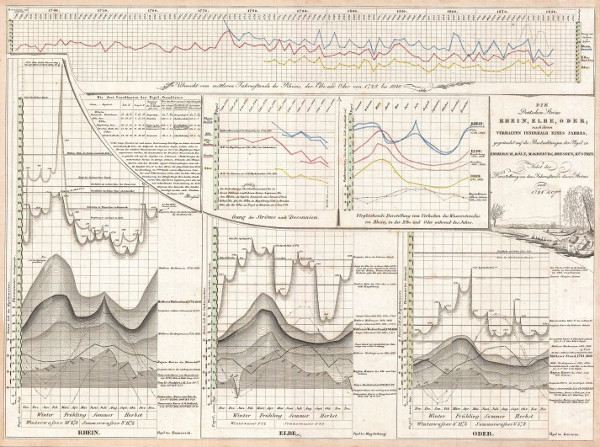 Czech business intelligence (BI) software provider GoodData announces that is has raised $22 million (16,5 million euro) in a Series D round from Brazilian TOTVS Ventures, which is the investment arm of the software-maker TOTVS. There is a good reason for the connection with this Brazilian firm. As AllThingsD reports, this deal offers the Czech firm a Latin-American distribution channel for its software while the Brazilian firm gets the software analytics program that they have been seeking to offer their tens of thousands of customers. Some of GoodData’s top competitors are QlikView, Domo, Business Objects, and Y Combinator-grad Chartio, among many others.

The value of big data will only continue to grow. Photo credit

GoodData is a service which offers “bashes” of information to its customers. They offer cloud-based bashes for marketing, sales, and subscriptions, but basically the principal parts remain the same. Essentially, GoodData offers a 3-part service: 1) identifying the needs of the customer, 2) analysis of data regarding the performance of the customer and the behavior of their clients, and 3) reports enabling the customer to make smarter business decisions based on big data insights.

According to CrunchBase, this is not even the largest round that GoodData has raised, as last summer they raised a $25 million (18,8 million euro) Series C from Andreessen Horowitz, Tenaya Capital, General Catalyst Partners, Fidelity Growth Partners Europe, and Windcrest Partners. For their part, Marc Andreessen and Ben Horowitz have been investors in the company since 2009, when they participated in a Series B round. GoodData was founded in 2007 by Roman Stanek and the San Francisco-based company has now raised a total of $75,5 million (56,7 million euro) in funding. Stanek told the Wall Street Journal that, should market conditions allow it, the company may be in a position to file for an IPO in 2015. With regards to this latest funding, he told the WSJ that they wanted a partnership, which would help the business to expand internationally, as opposed to doing a typical venture round. Although currently headquartered in San Francisco, GoodData maintains its engineering and operations in its Prague and Brno offices in the Czech Republic.

Hungarian OptoForce Obtains 600,000 Euro From Finext And Day One