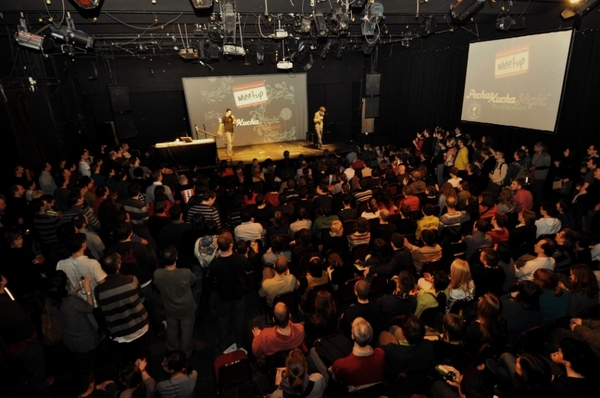 Located in the heart of Europe, Hungary is unquestionably a tourist attraction, but given its economic difficulties, is Hungary cut out to be a prime outsourcing destination? We investigate.

Hungary has a population of 10 million people, 1.7 million of them live in Budapest. According to British Trade and Industry Committee, Hungary’s workforce has the highest productivity in the Central and Eastern Europe. The Budapest University of Technology and Economics has 24 000 student body and produces 70 per cent of the country’s engineers.

While potential pool of technical resources looks significant to make Hungary an attractive nearshore outsourcing destination, the problems start when we look at the payroll taxes and total cost of employment. Hungarian Andor Jakab has talked about payroll taxes his viral blog post, to demonstrate how expensive it has become for Hungarian companies to hire people.

Kristof Bardos, a co-founder of a software development company Digital Natives, which specializes on Ruby-on-Rails and mobile technologies, shared with GoalEurope his assessment of IT salaries. According to Bardos, average net monthly salary for a Ruby-on-Rails developer is within 800 to 1000 Euros range, while more experienced developers with five years of experience earn up to 2000 Euros. Java and .Net developers would earn on average 20 per cent more. This does not look so bad, until one takes into account payroll taxes. To an employer such specialists would cost twice as much, making a nearshore pricing much less attractive.

Hungarian economy has been in downward spiral since the world economic crisis of 2008. Its growing debt, denominated largely in foreign currencies caused the government to increase interest rates and impose levies on financial, retail and telecommunications industries, stifling growth by increasing the borrowing costs for businesses. In 2010 unemployment exceeded 10 per cent of the population, and in the second half of 2011 the government cost of borrowing increased significantly to 10 per cent, while Forint fell 15 per cent against the Euro, according to Bloomberg.

Parham Pouladdej is the CEO of EMSA Capital, European private equity firm which invests in CEE region. He shared his opinion with  GoalEurope, saying that “the current tax reform has not been very thought through. In fact it is more punishing to the economy, than benefiting the tax revenue side”.

Nevertheless, a number of large IT services companies have established their operations in Hungary. One such example is IBM, whose  System Solutions Centre employs over 1000 professionals. HP offers IT services in Budapest, and employs 500 people. Nokia, Ericsson and Siemens provide over 2000 job opportunities. Oracle is another example, who has its database management located in Budapest, with about 150 staff.

Perhaps, large multinationals can withstand economic slowdown and higher taxes but as far as the local software development industry is concerned, those companies are affected to a greater extent, lacking the financial muscle. Our sources indicate that many companies go around the payroll tax problem by paying through “shady” schemes.

Given the number and the size of multinational corporations, the ability for the smaller local companies to compete is limited. “Shady” salary schemes reduce the actual salary figures and make it more difficult for an employee to get a mortgage. Also, local businesses can not compete against more varied career opportunities that a multinational company can offer. Besides, multinationals represent a low-risk employment option as they are unlikely to go bankrupt during the economic crisis, can offer nicer office environment and extra perks that software developers across Eastern European region are so used to.

It is not surprising perhaps that during our research efforts it was revealed that only 40-plus mid-size software development companies are active in Hungary (in Poland, Romania and Ukraine we identified almost 500 companies).

High-tech sector is on the rise

Difficulty of running local businesses is probably why more and more Hungarian entrepreneurs build startups with an aim to grow them globally. There are a number of success stories already. They include remote access solutions company LogMeIn, innovative cloud-based presentation tool Prezi and to some extent real-time video streaming service Ustream (one co-founder comes from Hungary, and this is where the R&D team is located). GravityRD is B2B recommendation engine, which came out of an R&D lab of the Budapest University of Technology and Economics and scored highest in a Netflix Prize Competition.

European Entrepreneurship Foundation is one of the earliest accelerators in CEE run by Peter Záboji. It accelerated quite a few startups since 2007, some of which can be found here. There are also monthly New Technology Meetups, co-organized by Viktor Szathmáry. Its purpose is to help entrepreneurs polish their business ideas and practice pitching, but despite global ambitions of some entrepreneurs, the event’s official language is Hungarian.

Szathmáry is a founder of EU Edge, a software development company with clients such as LogMeIn, PocketGuide (finalist of Startup Week Vienna 2011) and DragonTape. He also has a startup: Scarab Research is a cloud-based shopping recommendation software, which came out of EU Edge’s research lab.

Digital Natives’ Bardos is also working on a startup. MixGar is an app for bars to help public choose songs in a more democratic way. It was cofounded by Digital Natives and Gerzson Huszar and won IDCEE startup contest in Kiev, Ukraine.

The trend of outsourcing companies moving into the innovation space is common for many Eastern European countries GoalEurope covers. In our latest, yet unreleased research almost 50 percent of the software development companies are working on new technologies. For Hungarian software development industry it appears to be more prominent, because, despite risks, software and internet companies have a better profit and growth potential than outsourcing business models, especially in the current economic environment.

To succeed, they will require a whole new set of skills. According to Peter Csikos, CEO and an angel investor in GravityRD, startups in CEE lack adequate management and business development skills to do business in the US and I couldn’t agree more. But that’s a whole other story.

If you are considering extending your team through nearshoring in CEE countries, contact us and we’ll be happy to advise you.

What a day for Credo Ventures: investment in Brainient and a launch of Beepl