Lithuanian startup CGTrader was founded in 2012 and was backed by Practica Capital and Intel Capital in 2014. Last week the team reached an important milestone celebrating 500,000 users and 500,000 models uploaded by designers, 3D modelers and artists, which makes it the biggest stock 3D assets marketplace.

Top contributors are from Ukraine, USA, Poland and Russia, and the royalty paid to them by CGTrader platform goes up to 90%.

Most of the customers come from the US and Western Europe, and they represent such industries as video games, advertising, animation, architecture, with an increasing interest from medical, Virtual Reality and design sectors.

CGTrader shared some of the usage stats in a blog post.

Currently, CGTrader has 20 employees, all of them are based in Lithuania, except one developer who is working remotely from Ukraine. The web platform is built on Ruby-on-Rails, and a number of other technologies are used for the 3D side of the business. 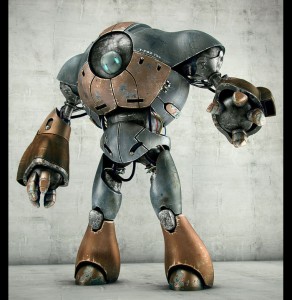 Dalia Lašaitė, CEO of CGTrader, shared with GoalEurope how the idea of CGTrader was born: “The founder Marius Kalytis was a 3D designer and ran a successful architectural visualization studio in Lithuania. He was buying and selling 3D models online himself, but found that other marketplaces charged very high commission rates. Therefore many designers were reluctant to sell their 3D models there, which meant that many unused models remained locked in hard drives. To solve this problem, he came up with the idea of CGTrader - designer-focused marketplace.”

Regarding the challenges the startup faced in the beginning, Dalia acknowledged that, as in any marketplace-like business models, building both supply and demand sides at the same time was a challenge. “Our customers are professionals and they know exactly what they want, so we have to build even higher variety than in other industries (if they need a 3D model of a pineapple for their project, they will not buy a 3D model of an apple). Therefore, attracting enough designers was the key challenge in the beginning - and our focus on designer success, as well as generous terms have helped to achieve that”.

With developments in VR/AR, 3D sensing, 3D printing technologies, 3D industry is set to grow significantly over the coming years. So CGTrader is just at the beginning of this market and their mission is “to be the key platform for 3D content and the best place for 3D designers to sell, share, and showcase their work.”
Follow @GoalEurope

Lithuanian startup scene is green but soon to blossom