From the Valley to New Europe: the story of one VC 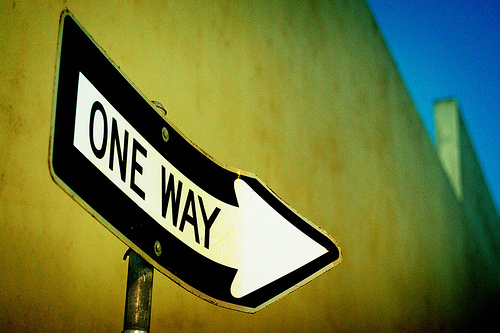 Last time around, we talked about the road to Silicon Valley for New Europe startups. It remains the classical way for a matured concept to meet true scalability and attention, and validate its product with a decisive audience. But what about about traffic in the opposite direction?

Two weeks ago I met for a beer with Deven Soni, partner at Bulgaria’s only VC fund, NEVEQ. Deven is Chicago-raised, Berkely-educated and worked at Goldman Sachs and Highland Capital before joining the Bulgarian fund. He was hired by NEVEQ in 2010 to foster contacts for fund-backed startups in the Valley. But in 2011 he decided to move to Sofia: to be closer to the action.

Deven says his focus is on discovering local teams with a high product-market-fit potential outside Bulgaria and the region. With 7 million inhabitants, a low average income and low technology penetration, Bulgaria is clearly no growth market. “It’s all about discovering talent that can prove itself in high-growth markets,” says Deven.

NEVEQ has invested in several Bulgarian-originated startups, including FinAnalytica and Favit.com, and will be opening a second fund in 2012 as their current and first one matures. Taking promising and talented ventures to global markets, whether or not through Silicon Valley, is what NEVEQ is all about, but in Sofia Deven is now focusing on creating the pre-conditions that could help the fund select the right candidates for its goals.

One of the projects Deven’s involved with in Sofia is the setup of a collaboration space, called BetaHouse, where NEVEQ-backed companies would be headquartered, together with extra space for rent to freelancers and other teams. The fund hopes that a single, central location would attract innovative tech talent, which NEVEQ will try to match to biz talent that it has access to, all in one place.

Providing knowledge to current potentials and inspiring future ones is what Deven’s mission is all about. Asked what he thinks about Bulgarians, he says “they should hustle more”. He told me an anecdote how he was dining at a place in Sofia, with a typical fifty-page menu. When Deven asked the waitress what she would recommend, she became shy and started recalling all the different dishes by memory. “That would never happen in the States. You gotta sell”, Deven quips.

Deven follows a trend already put forward by accelerators and seed funds like Seedcamp and HackFwd, actively building an early-stage community in New Europe countries, validating and acquiring talent at the very outset. This ultimately has the potential of solidifying the region’s advantages when it comes to disruptive tech, and creating a whole new center of gravity.

“There’s so much talent, and there’s so little infrastructure”, says Deven. Which, apart from the great fresh food and the trendy youngsters, is probably what would make any innovator feel happy to be here.

Today's Arctic 15 Presenter Campalyst on How to Survive After Hackathon