First Outsourcing, Then Innovation: The Story Of InvisibleCRM 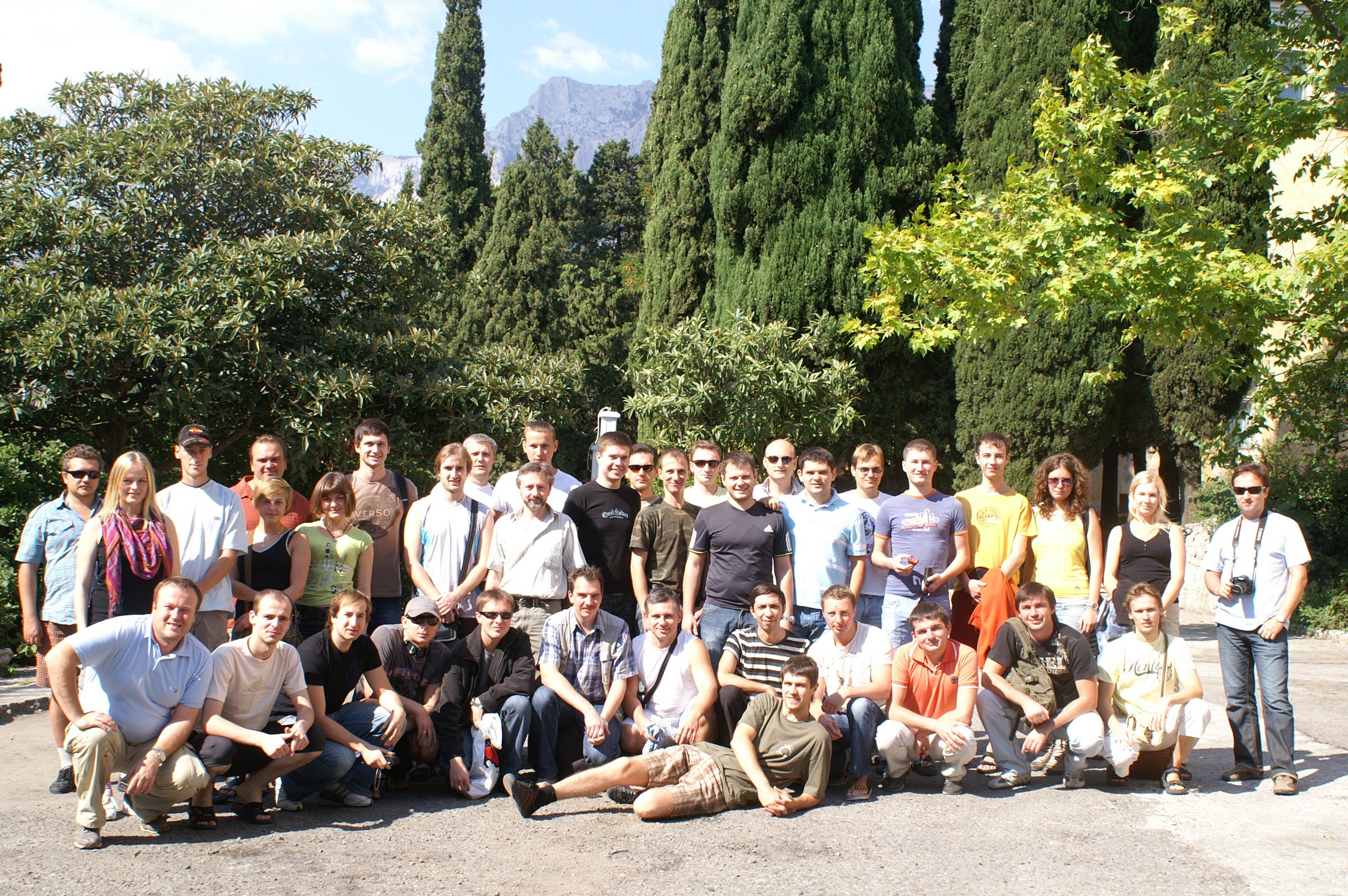 Here is a success story of a spin-off from two software development companies: Ukrainian Afortio and Russian VDI, which turned from services to product business, and found its niche and success on the international marketplace. GoalEurope’s Natasha Starkell spoke to Vlad Voskresensky, the CEO of InvisibleCRM.

In the past, many technology companies which outsourced their software development offshore were concerned about violation of intellectual property rights. Yet there was and still is little evidence of the outsourcing service providers taking advantage of their proximity to code. Same goes for InvisibleCRM. The spin-off from Ukrainian Afortio and Russian VDI has become successful on its own right.

The idea to go into a software business came to the founders of Afortio in 2004-2005. At that point, large outsourcing companies such as Epam and Luxoft came to Ukraine and began hiring away the best employees by offering them higher salaries. Growth driven by the increase in the number of employees was stifled, as the competition for resources intensified. This made Voskresensky and his colleagues started to think about the way out.

“In the services industry, an outsourcing supplier either receives no feedback when the service is good, or a negative feedback when something goes wrong. As a result, service provider very rarely hears positive feedback. But, we really wanted to get feedback on what we do well from the business community, and that forced us to think out-of-the-box,” says Voskresensky, adding another reason for his switch of focus.

Afortio management began the creative process which ultimately led to the idea of several various products. At the same time, the firm began collaboration with VDI, a Moscow-based software development company. While working together, the management teams exchanged business ideas beyond outsourcing. This is how the CEO of VDI, Anatoly Gaverdovsky became the driver behind the idea of InvisibleCRM, the middleware that enables sales people to save time reporting about their sales activities. Afortio management shared the idea and enthusiastically joined these new product initiatives.

Voskresensky summarizes the purpose of InvisibleCRM. “Sales people ‘live’ in MS Outlook. This is what they use to store and manage their sales prospects and existing clients. Enterprise CRM systems were invented to address management needs in understanding and evaluating those sales activities. Updating the CRM system has become an additional workload for the sales managers which they are doing unwillingly. This is why few of us at VDI and Afortio used Salesforce.com despite continuously paying for all the licenses.”

InvisibleCRM allows linking of MS Outlook with Salesforce.com, Oracle and many other CRM systems to enable easy data transfer.

As Afortio team began developing software that later became InvisibleCRM, they had hit a few walls before they learned the right way to do it. “Software development companies often switch people who develop their core product depending on their utilization on the client projects. Also, many use bench resources. These are often the reasons why the end product is not the best it could be,” explains Voskresensky. The company has in the end chosen its best developers to concentrate on their product full time. It took Voskresensky some time to realize that software engineers successful in software development services model capable of switching quickly between projects, often lack the focus and patience required to develop a product. “Outsourcing is like having exams: the client accepts the work; the test is behind you; so you move on. In product development, you must be a perfectionist, or you will pay for your mistakes as your clients eventually find bugs which have to be fixed, and the price may be high for fixing them,” he adds.

When InvisibleCRM did the spin-off in 2006, only engineers suitable for product development joined the new company. “This way, the best service people stayed with Afortio which was subsequently sold to Epam, and the best product people went to InvisibleCRM,” comments Voskresensky.

At about the same time, Voskresensky and his colleagues went to a CRM exhibition in San Francisco, USA to show the first product prototypes and to gauge the market reaction. This helped spread the word and direct the development efforts into the right direction.

Investor road show followed over a year later, as InvisibleCRM founders looked for funds to help the company grow. ABRT Venture Fund and Martinson Trigon Venture Partners put 1.5 million US dollars into the start-up. “From the beginning on, we made a decision to split our budget, 50% on R&D and 50% on marketing,” says Voskresensky, recognizing the importance of understanding customer needs, a factor often overlooked by the software development companies with ambitions to enter the product play.

Now, the company slowly increases the share of services revenue again. The company charges fees ten times of its best hourly rate when customers require set-up and customization of InvisibleCRM software during the outsourcing days.

Why In The US?

Many businesses started only to be sold at some point in the future. M&A is also the key exit strategy for InvisibleCRM founders and investors. This is why the US company and owner of intellectual property rights was formed, retaining the Ukrainian team as its software development center. In 2007, Voskresensky physically started to live in planes between Kiev and California, and began looking into new marketing channels and a sales team.

After a few mistakes, he finally found the right profile of people. Dwight DePalmer, the protagonist of Voskresensky’s product, as a CRM product strategist at Oracle; and Jeff Krider, former IBM executive, joined him to form the core executive management team. “It would take me decades to build up the business network and gain the experience Dwight and Jeff have,” explains Voskresensky in his decision to bring them on board.

On Its Way To Profitability

Now, the company revenue is split between the OEM and the direct sales channel. Oracle, Siebel, Amdocs, EMC and other enterprise-class systems include InvisibleCRM within their product offering. InvisibleCRM for Salesforce is sold directly to the end users. Ever since closing the investment round, the company remains at a breakeven point, reinvesting its profits in growth opportunities.

In fact, having effectively dealt with most of the players in the Gartner’s ‘Magic Quadrant’ for CRM, the company expanded its capabilities into other areas, enabling integration of enterprise content and document management systems with MS Outlook and other personal applications. The new revenue stream now accounts for 50% of the total company turnover.

The main competitors come from within the OEM suppliers. “The R&D divisions of our resellers would usually push to develop an analog to InvisibleCRM product in-house, discouraging product managers from licensing our solution,” explains Voskresensky. He wins by bringing various technical issues to the attention of his prospective clients and demonstrating how much further ahead his product is compared to the in-house R&D efforts.

“We also have smaller competitors which offer integration of MS outlook with a stand-alone system, whilst we can seamlessly integrate a big number of the existing CRM systems,” he continues, “but two well funded US start-ups in the same field have closed down, while we continue to grow.”

Upwards and onwards, it seems. One can sense strong positive energy coming from Voskresensky as he closes his interview. At the moment, the company management uses its profit to finance its growth organically, refraining from follow-up investment rounds and consequent dilution. But, it may need rebranding. “I kind of regret that we have CRM in our name since we deal with solutions way beyond CRM now,” admits Voskresensky, as the company plans to continue to expand its product line in the nearest future even further.

In Brief: Outsourcing Industry in Bulgaria has the greatest growth potential