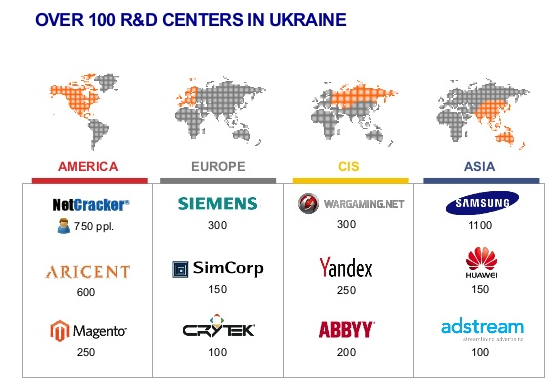 In an open letter, which also included names of the working group members – representatives of Internet, Outsourcing and IT community of Ukraine, a number of possible steps are proposed to improve conditions for new industry in Ukraine.

I went through the paper, the full text of which you can find below. What is remarkable about it, is that Ukrainian government is not expected to give up its tax revenue from IT industry. Some grants for financing of technology startups are however proposed.

The key actions anticipated from the government include:

Granted, IT industry in Ukraine continues to  grow. It is reportedly employs over 100,000 people and the demand on well-educated IT graduates is high. Ukrainian government is expected to implement steps to improve state of IT education in the country.

Ukrainian government should pass a law that governs taxation of IT companies, yet it is not expected to reduce existing tax revenues.  Intellectual property rights should be protected according to international standards, say the authors. New legislation for ecommerce industry and epayments and regulation of electronic documents is also essential, as are the travel visa simplification for foreigners.

Ecommerce industry in Ukraine as probably in many Eastern European countries is suffering from the poor quality of logistics services so the Ukrainian government is called to sort out Ukrainian Post.

Probably somewhat shocking for Western readers is a demand by the community to stop public raids IT companies and illegal activities on behalf of government representatives. This certainly has to do with highly publicised raids of a T-shirt printing company  ProstoPrint and ecommerce firm rozetka.ua amongst others.

Support to startups ishould include development suitable infrastructure (establishment of technology parks through public-private partnerships, funded predominantly “by the latter”), grants for startups and introduction of a program based on a successful Israeli scheme Yozma.

This week Polish government has announced its intention to support Ukrainian small businesses with $100 million in grants this week. Even if Skolkovo effectiveness is debatable to say the least, supporting emerging tech businesses in this turbulent time is essential to preserve innovation trend in the country.

Here is the complete open letter.

Investments Go On: Three Series A Deals in Russia and a Launch in Ukraine