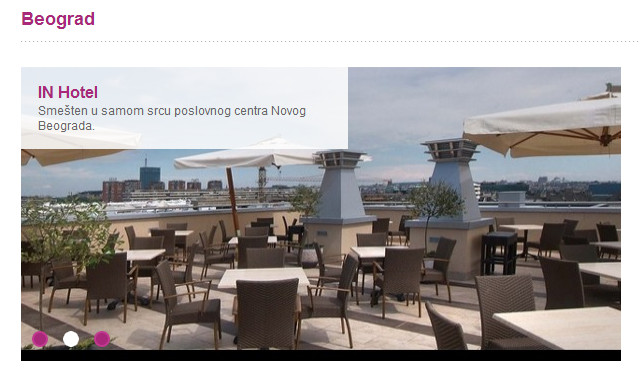 Getlokal, a series of user-generated review sites for southeastern Europe, announces a Serbian version of their service. They already maintain sites for Romania, Bulgaria, and Macedonia and recently launched an app for Android and iOS, but now they’ve decided to expand their geographic footprint further into the former Yugoslavia by introducing a Serbian-language site. This Yelp-like service provides reviews, information about attractions, and videos with tips for activities and about attractions.

I talked to the CEO Nick Saunders and he told me that the company is backed by an undisclosed amount of investment from Southeast Europe Equity Fund. Further, the company monetizes its review service by allowing businesses to purchase Premium Place Pages (PPPs), which enables client to display custom cover-pages and galleries, link to videos, display other websites and locations for their business, utilize a social-media dashboard which allows them to post updates to social-media accounts through the Getlokal site, enables them to communicate directly with customers, and more. Further, Saunders says that businesses may purchase the ability to make deals available to their customers (current and potentially new), can be alerted in real-time about “check-ins” at their locations, and have the opportunity to advertise in a more typical manner on the various city sites.

Getlokal was founded 2010 by Saunders and the company reports that they have 250,000 monthly users. He tells me that the next steps for the company are to expand their presence in the CEE and Balkan regions and to build upon their service in the markets they currently target. They’ve already released apps for iOS and Android, but I’m told that a big update will be coming for both next week, as mobile-platforms are a priority at the moment.

We previously covered them back in November, but we’re glad to be able to return to this company with the news of their expansion.