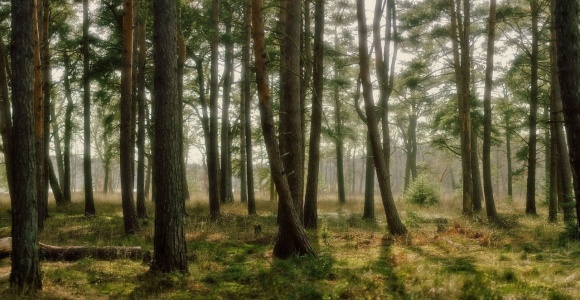 Barnaul is a small Russian town located in Siberia, and is the capital of the Altai region. With a population of about 670,000 people, this cozy settlement has an almost 300 year old history. Walking along its streets, you will discover a unique mixture of classical wooden architecture and classicism, with an elegant northern Russian capital, St. Petersburg, being the inspiration and architectural standard for this provincial town.

Most technical specialists in Barnaul have graduated from two big state universities: Altai State University and Altai State Technical University. The former is a traditional classical university educating students in 84 majors. It has all of the levels for teaching students and graduates including a postgraduate level with 58 majors, along with a center for doctoral training with 20 majors. These offer great opportunities for taking up a scientific career, and the achievements are numerous. This university is renowned in Siberia and Russia, as well as abroad. The Technical University, which was founded in 1943, represents a practical direction for teaching students, with highly skilled IT specialists matriculating every year. Combined, these two universities are the Alma Mater for about 35,000 students who are studying there simultaneously.

Of course, these thousands of students include not only technical specialists (programmers, mathematicians, engineers and other specialists good at computers), but also a number of highly qualified biologists, philosophers, geologists and other scientists and engineers who now work all over the world. That being said, it is the IT sphere that is a top priority in the curricula of the universities. Barnaul has become a world famous center for different IT Olympiads and contests. Altai State Technical University, for example, annually hosts the semi-final of the World Cup in team programming among students, ACM–ICPC. In order to participate in the Cup, teams from European cities go to St. Petersburg, and the teams from Siberia, the Far East, and Asia come to Barnaul.

Barnaul’s authorities are not indifferent to the modern technologies and support the IT area very actively. They have established the Committee on IT at the Altai Chamber of Commerce and Industry and hold an annual Altai IT-forum. The Committee aims to unite the participants of the IT market; both local companies and branches of large federal companies. The Committee also supports the town IT infrastructure and funds educational programs (e.g., the round of the World Cup on IT mentioned above).

Graduates from the Barnaul universities enjoy high levels of recognition by many regional and federal companies located all over Siberia and in many other big cities, including Moscow. International companies are no exception. In fact, Barnaul suffers from “brain drain”. However, one of the factors tying Barnaul specialists to the city is their Alma Maters, where they often begin their career. Even at their peak they continue working at the universities either teaching and conducting research, or providing technical support in modern technologies they have mastered. Of course, this greatly influences the general level of teaching. Moreover, the opportunity for getting work experience for students at the undergraduate level is quite attractive. Graduating at the age of 21 or 22, bachelors of Science already have solid experience in popular programming languages, have developed a real educational, grant or an open-source project and start teaching freshmen sharing their experience and professional skills.

Another reason for graduates to stay in Barnaul and for companies to have their subsidiaries here is the moderate rent for premises located within a developed infrastructure. In the nearby metropolis of Novosibirsk, a 3-hour drive from Barnaul (which is pretty close for Russians), rents are commonly higher by as much as 20-30%.

Most Barnaul IT companies follow the typical Siberian trend of development by creating and selling their own products rather than being an “outsourcing destination”. For example, in 2008 outsourcing in IT, in comparison to all IT services on the market, accounted for only 17%, says the Committee on IT at Altai Chamber of Commerce and Industry. The research took into account both software development and solutions for production automation.

Nevertheless, the situation in Barnaul is dynamically going the way when many federal and international companies headhunt for the local IT specialists in light of their higher educational and practical background. Thus, local IT companies often have federal and international employers, and some companies actively expand into international markets through Elance and other market places. Barnaul also attracts international banks, which boosts financial flows and guarantees their safety. Because of these unique opportunities, major outsourcing companies jump at the chance to open their R&D offices in Barnaul. One such company is Sibers, a top 3 IТ-outsourcing provider on Elance.

While international companies open their Barnaul subsidiaries to enjoy the benefits of experienced employees and low office rents, the Barnaul IT developers themselves are entering international marketplaces and successfully compete with mature freelancers who possess solid reputations.

A math graduate with a passion for typography, Anie now manages the PR and marketing activities for Sibers/HireRussians. She lives and works in the scientific center of Novosibirsk, Russia, known as Akademgorodok. Anie’s main professional areas include an expertise in software development outsourcing practices and processes, management of employees, customer relations, and creation of corporate spirit.