To start with, I had bad luck choosing a hotel in Zagreb. I stayed in the Movie Hotel, which had a loud air-conditioner and a tram line nearby. So, if you want a good night’s sleep, stay away. They do have password-free Wi-Fi though for those of you seeking a cheap and cheerful Internet connection in Zagreb.

After a wake-up call at 6am (tram!), and a decent breakfast later, I was on the road to Budapest, which was quite uneventful, with the exception of a Hungarian customs official inspecting my luggage on the border with Hungary, and my GPS navigator TomTom not recognizing a new highway, connecting the two countries.

Better that, than the built-in navigation system in Ondrej Bartos’ car, which simply refused to give directions and left him lost in Budapest for a while. The rest of the Credo team arrived safely in Budapest in the Cessna 172, but their journey was affected by the peculiarities of the region: they had to fly back to Slovenia first, and only then to Hungary to comply with customs regulations.

I was the first to arrive to the Ybl Palace where the meeting was to take place, and had the great fortune to welcome the first attendants of Credo Week in Budapest: Peter Farago and Balázs Benedek of Skawa, the Hungarian crowdsourcing company. Since our publication is about outsourcing and innovation, crowdsourcing fits both themes perfectly.

Peter told me how the company’s 17 000 contractors have elected a Hungarian political party into parliament within one day simply by cold-calling households. Their brand Easyling.com can translate a website into 19 languages within 24 hours. More about Skawa and Easyling.com later. I also met Kristof Bardos and his associate Gerzson Huszar, the founders of Mixgar, the mobile application that is trying to make the world (or public areas) a better place by allowing their customers to select background music. Their service is badly needed here in Germany. 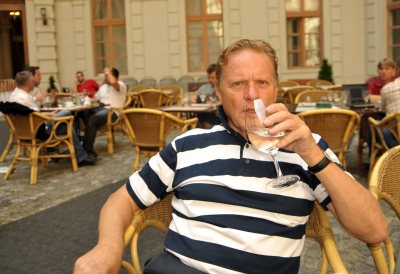 Afterwards I interviewed Peter Zaboji, the president of the European Entrepreneurship Foundation, the former Bosch Telecom executive, a citizen of the world, and a private equity investor residing in Hungary. In addition to his teaching activities in CEU Business School, Budapest Peter is building Europreneurs.org, an ecosystem for entrepreneurship and venture capital in Central and Eastern Europe. 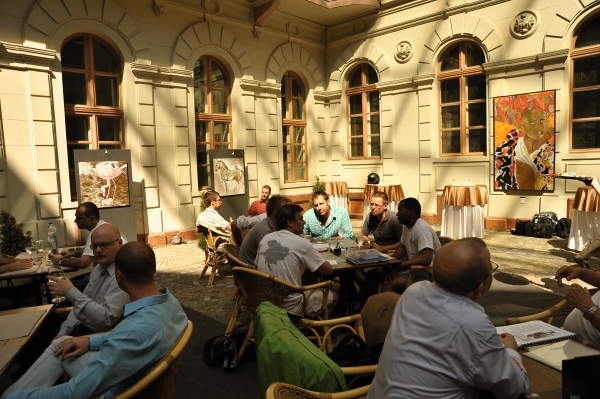 I talked briefly with Imre Hild, the entrepreneur-in-residence at Europreneurs.org and the founder of Leancompany.eu, the incubator for startups that applies lean thinking to the process of entrepreneurship. Matyas and Miklos Gati were recording video interviews at the event for their video blogging site about European entrepreneurship, which has not been launched yet. The interview with Ondrej Bartos, partner at Credo Ventures (unedited) was provided by them. 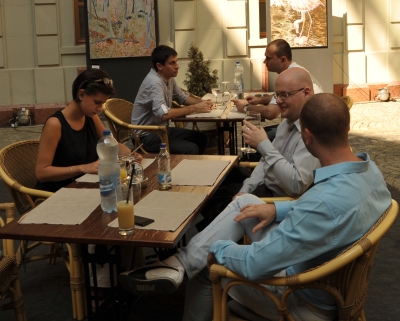 And finally, the event would not be complete without mentioning a word about Groupon. At the end of the event I spoke to Attila Kecsmar, the CEO, and Zsuzsa Szabó, the marketing manager of a Szeged-based promotion-building company called Multicampaign. The website (its alpha version) helps companies build promotions, competitions and sweepstakes.

The weather forecast predicted storms, so Jan Habermann had to hurry to fly over to Bratislava in style, while the rest of the team boarded the regular means of transportation, arriving in Slovakia later that evening. Some without any navigation help whatsoever.

The First Long Day: The Second Stop of Credo Week is Zagreb